Max Baucus is a former United States senator and ambassador to China, active today in business, public policy, and international affairs. In his years as an elected official and diplomat he was engaged in the most consequential issues of the past half-century, and continues to provide counsel as co-founder of the Baucus Group LLC. He was born in Montana, raised in a ranching family, appeared on the ballot nine times, and never lost an election. 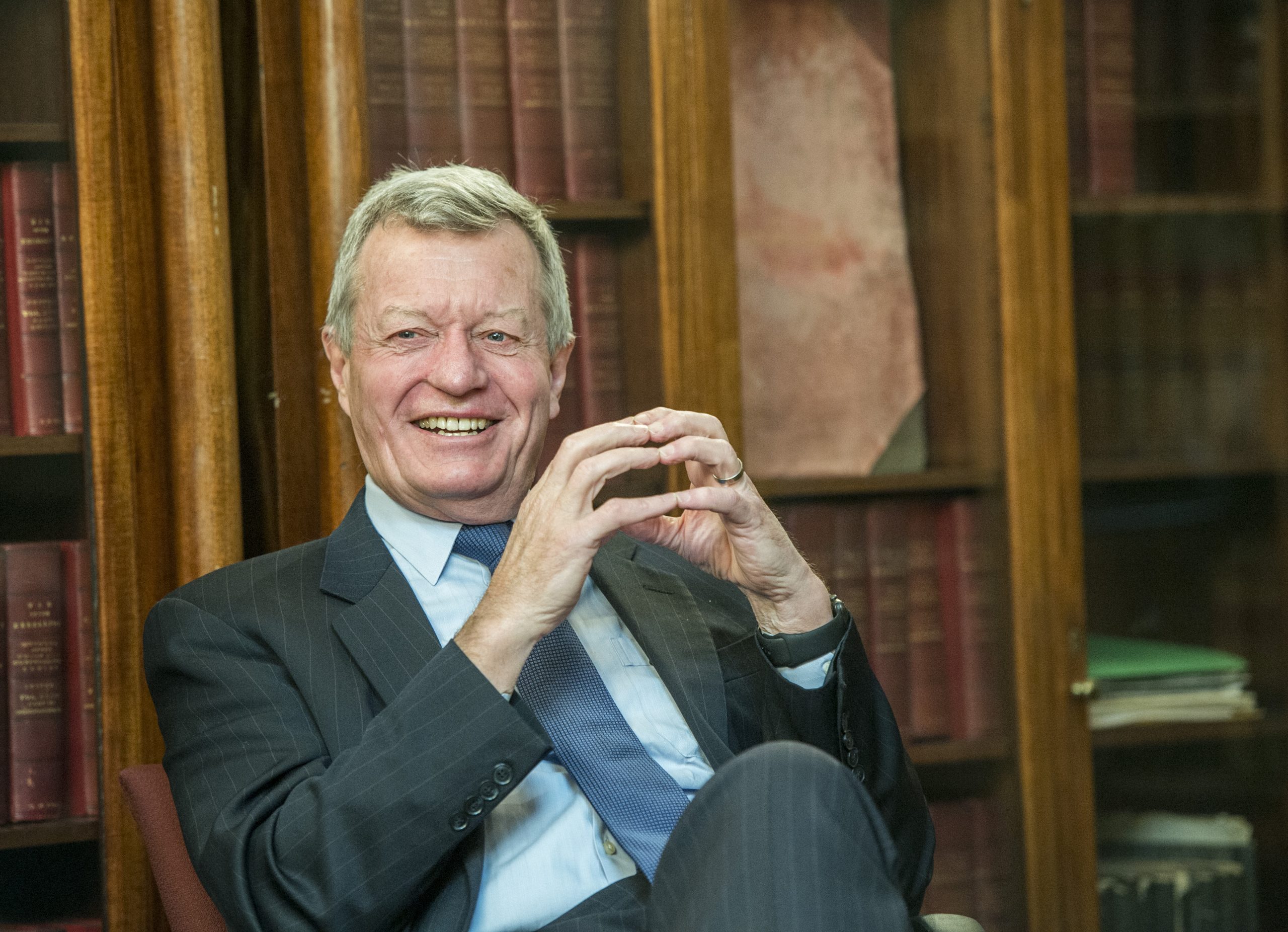 Service is the most noble human endeavor
– Max Baucus

After earning degrees in economics and law at Stanford University, he took up the legal profession and by 1973 held his first public office, as a Montana state representative. The following year, he was elected to the first of two terms as congressman from Montana’s first district, serving in the House during the post-Watergate years of the Ford and Carter presidencies. In all, his Congressional career extended across seven presidential administrations, during which time he gained a reputation as a determined, capable legislator who worked easily with colleagues, Democratic and Republican alike. 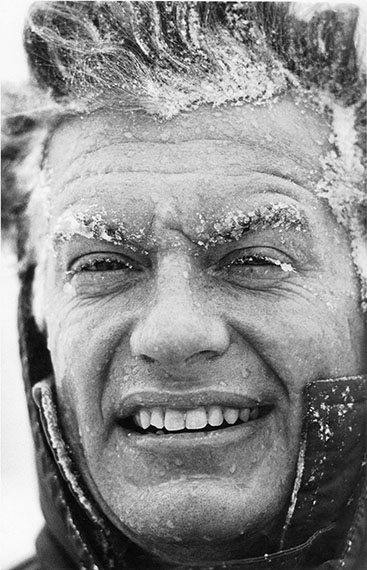 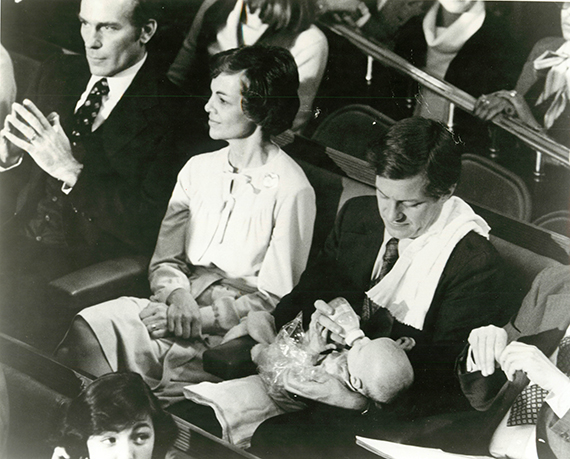 First elected to the Senate in 1978, Baucus went on to be his state’s longest-serving senator, and a steady legislative influence in the tradition of his friend and political model, Montana’s Senator Mike Mansfield. On a broad range of policy issues both domestic and foreign, he established himself as one of the Senate’s most productive and least partisan members, building a record of accomplishment in areas from agriculture and environmental protection to public works, taxes, and trade. As a home-state newspaper put it, “those who knew him best say Baucus was a senator who worked the legislative trenches to tackle problems he saw facing Montana, rural America and the nation – regardless of the politics.”

On the Senate Agriculture Committee, he led in securing reauthorization of numerous farm bills. As a member of the Committee on Environment and Public Works, he guided many highway bills and other infrastructure legislation to passage. He was Vice Chairman of the Joint Committee on Taxation, and was appointed to the Joint Select Committee on Deficit Reduction – or “Super Committee” – the Congressional effort to stabilize government finances in the years after the crisis of 2008. 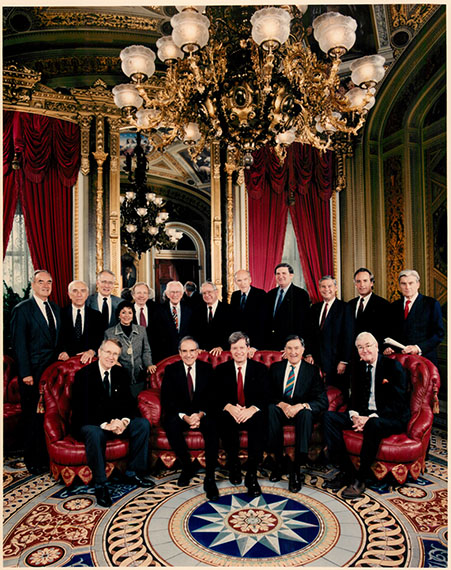 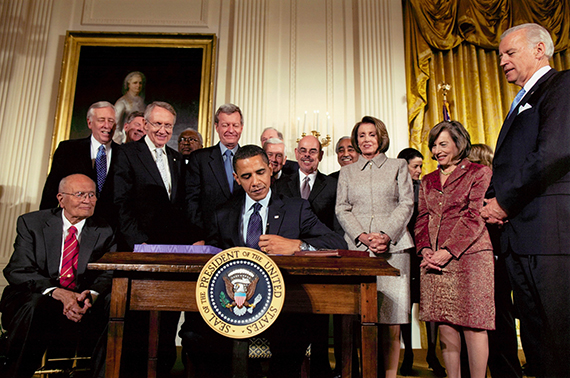 During his fifth term, Senator Baucus rose to the chairmanship of the Committee on Finance, a position of far-reaching responsibility. During his seven-year tenure as chairman, he was the principal author and advocate for the Affordable Care Act, signed into law by President Barack Obama in 2009. He led as well in gaining approval for new free trade agreements with 11 nations.

A longtime supporter of a broader, rule-based trading system, the Senator was instrumental in opening permanent normal trade relations with China, and in promoting that country’s 2001 entry into the World Trade Organization.

With his sixth term drawing to a close, Senator Baucus announced that he would not seek re-election in 2014. That same year, President Obama nominated him to be America’s ambassador to China. Confirmed by unanimous vote of the Senate, he represented the United States in that post until January 2017.

Following his diplomatic assignment, Senator Baucus and his wife Melodee Hanes formed the Baucus Group LLC. He currently serves on the board of directors of Ingram Micro and previously served on the board of advisors to Alibaba Group until May of 2019, and the External Advisory Board to the U.S. Central Intelligence Agency until July of 2019. He now devotes much of his time to the Max S. Baucus Institute at the University of Montana, founded to give young adults opportunities in politics, government, and overseas studies.
The Senator and Melodee Hanes have a blended family of two sons, a daughter, and two granddaughters, and make their home in Bozeman, Montana. 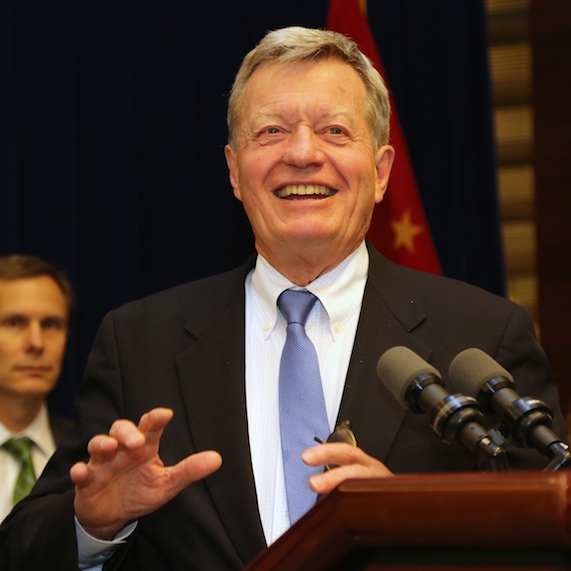 Max in the News